Inici / Kennedy, Sputnik and the ontology of the language 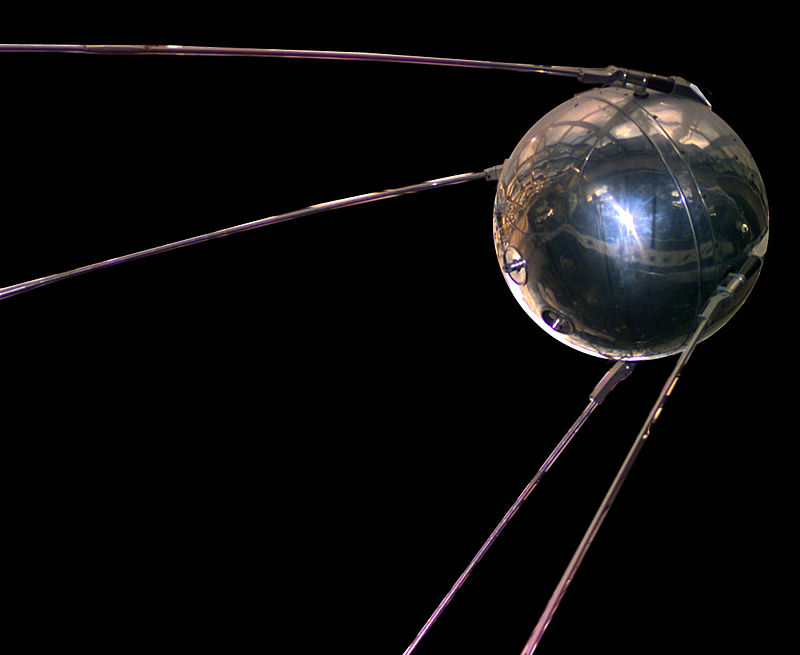 Kennedy, Sputnik and the ontology of the language

By: Up Catalonia Category: Leadership Tags: Coaching, Innovation, Leadership, Ontology of the language

In 1957, the Soviet Union put into orbit the first space satellite, Sputnik 1. The world lived in the Cold War and we could say that this aroused some disquiet among Americans. At that time, many thought that the USSR was technologically lagging behind the United States, some said that they were not even capable of making refrigerators, and someone can imagine that the impact caused by that feat was impressive. In addition, the feeling of having a device orbiting above their heads, ruled by the enemy, must not remain indifferent to many Americans. Indeed, although the Sputnik was a little bigger than a soccer ball, 58 cm in diameter and 83 kg, some thought they could drop atomic bombs on the US. Then came Sputnik 2, which carried the dog Laika. Most observers agree that, at that time, the USSR was more advanced in the US space race. This competition led to the creation of the National Administration of Aeronautics and Space, NASA.

One of the first decisions was to create NASA’s Project Mercury, a program designed with the goal of being the first country to put a person to orbit the Earth and return it perfectly safe. To achieve this, the seven astronauts were chosen among 508 candidate pilots of American air forces by demanding physical and mental tests. The first suborbital launch would be suborbital type: without orbiting the Earth, the flight had to describe a parabolic trajectory to a minimum height of 100 km above sea level, which reached space, ended up falling into the sea. When everything was ready for that Alan Shepard, chosen among the seven candidates, make the first suborbital flight, NASA again received a setback similar to Sputnik.

Again the Soviets went ahead and weeks before the USSR placed in orbit cosmonaut Yuri Gagarin. It was April 12, 1961. Shepard did his flight up to 187 km altitude on a flight 15 minutes long with a distance of 486 km on 5 May of the same year, 23 days later.

Note that the difference was not only a few days up or down, the Soviets had put a man into orbit, while the Americans only get a fifteen-minute suborbital flight. Imagine the situation created by the competition between the two superpowers of the time.

Well, at that time, only three weeks after the Shepard’s mission appears President Kennedy showing his leadership skills and charisma, and taking advantage of the situation, gives a new interpretation to events so far, allowing a motivating future. Perhaps carried by the euphoria of the moment, from a deep reflection or as one who does not say much, does the following declaration:

I believe that this nation should commit itself to achieving the goal, before this decade is out, of landing a man on the moon and returning him safely to the earth

Let’s recap: we are in 1961 and all the Americans have achieved is to make a suborbital flight, ie just peeking through space, about fifteen minutes. And his maximum chief says that in less than nine years they should go to the moon and back with a person inside! Dreamer, visionary politician from head to toe? Or had lost his mind?

Can you imagine the cold sweat that had run for some skin? Palpitations, accelerated breathing? Surely more than one must have thought he had gone mad. This is where the declaration’s main feature gets in play: authority . We all can make declarations but do not always have the necessary authority for these have some effect. I could make the same statement by changing the Moon by Mars or Saturn, but probably my words would have no effect on the reality of our civilization. In this case, Kennedy, US president, was one of the most powerful people in the world, so he had power and authority to raise it.

While cold sweat was still running down the skin of the NASA main drivers and workers, they had immediately started thinking about what they would do. The effect of Kennedy’s words sparked a series of actions, conversations, movements, meetings, emotions unimaginable a few seconds earlier. The date was already fixed now it was only to decide who and how. The words had created a new reality.

Surely more than one has thought: “this is easy to say if you are the president of the United States”. Well, every time we make a declaration, and we have the authority to do it, we put at stake our credibility and our confidence. So I suspect that neither Kennedy must have been easy to say those words. Just then adds:

So, on recognizing the difficulty and put a defiant target, challenging, difficult. What mark have had their words if the goal had not been challenging? What effect would have occurred in citizens, morals of a country or the whole of the western world? Michelangelo, the Renaissance artist, said many years ago:

The greater danger for most of us is not that our aim is too high and we do not achieve it, but it is too low and we succeed it

Without the declaration of Kennedy it would have been another reality. We do not know what, but what is certain is that his words caused a series of changes, an exit from the comfort zone of many, increasing uncertainty and increased efficiency toward a goal that seemed a priori impossible.

According the ontology of the language, discipline developed by Rafael Echevarria, Julio Olalla and Fernando Flores, and basis of ontological coaching, declarations are a linguistic act that creates a new world, they don’t describe it. To carry out this statement you need power and this comes from your own authority. Declarations with authority and challenging are powerful and are an essential tool to initiate changes in our lives. Maybe someone will think: “Yes, but I have no authority in most things that happen in my life,” and I would make the following question:

Who but you have authority over your life?

I will remember that there are some declarations brief, elementary, strong and essential that sometimes seem forgotten: No and Enough! are two examples .

No and Enough! are two great examples of declarations

Language is a powerful tool and accessible to everyone. Used effectively can guide us toward a commitment (to ourselves and to others), helps us to collaborate, is launcher of changes, moves us to action, creates realities … Conversely it can also be a large brake. Can you imagine what would have happened if Kennedy had said:

PS: If you are interested in the history of Project Mercury, I recommend this video: